We are building amazing careers

In the age of online hiring and job selection, the increased labour mobility comes with significant problems. From one side, professionals don't have a clear view of their career options when applying for a specific job, resulting in job-hopping in an effort to fulfill their aspirations. From the other, recruiters don't have the right tools to evaluate the long-term potential of a given candidate.

We want to bring clarity to the hiring process. A career path can be very complex, and no two journeys look the same. Changing jobs and moving to a new environment can be stressful and uncertain, a procedure no one would opt to put themselves through without a good reason. Therefore, we want to empower graduates to make the right career decisions which maximise their long-term success. We also want to make it easier for employers to find talent with the right skills, and more importantly, the right ambitions, to genuinely love what they do.

We take an authentic and people-oriented approach in what we do. Every individual experience matters.

We want to provide our clients and partners with the tools to carry out their own objectives. Our approach is built around giving you control over your own data. 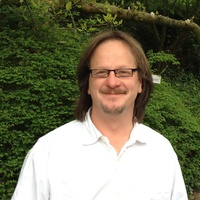 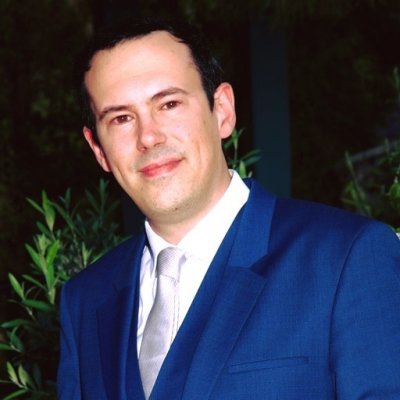 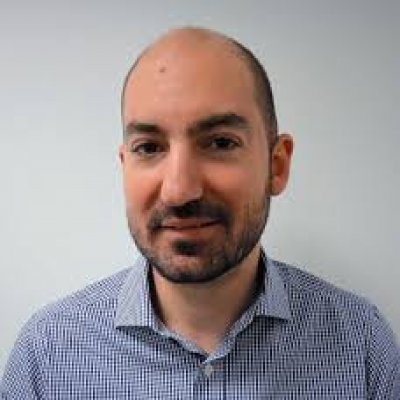 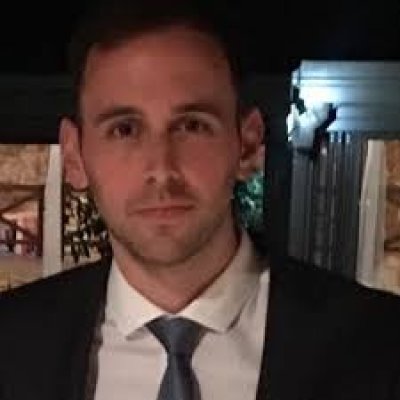 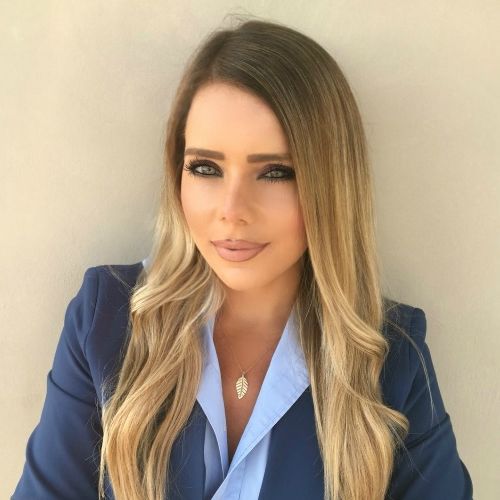 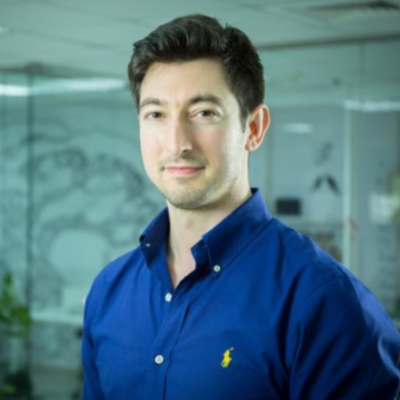 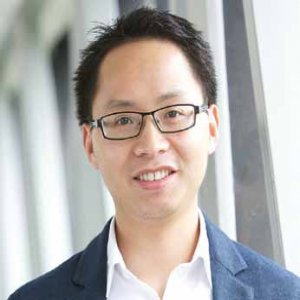 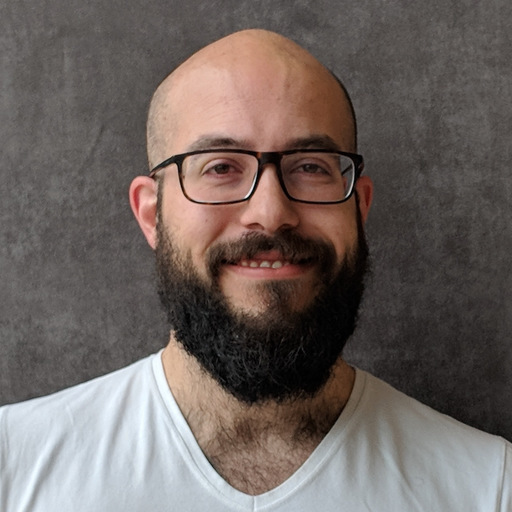 Dr. Evangelos Papatheou has a 5 years diploma in Mechanical Engineering and also holds a PhD in Engineering from the University of Sheffield. Evangelos has a long experience in academia and a big portfolio including collaborations with large industrial companies. His research interests focus on the use of Machine Learning (ML) for Engineering applications. He has experience applying ML algorithms, such as Artificial Neural Networks (ANNs) and Gaussian Processes (GPs) and has published over 37 journal papers and conference proceedings.

Dr. Nick Tantaroudas has a 5-year diploma in Electrical and Computer Engineering from the University of Patras (Greece) as well as a PhD in Engineering from the University of Liverpool (UK) and an executive MBA with honours from Athens University of Economics and Business (Greece). He has published many articles in the area of automatic control systems and computational aeroelasticity. Nick has been working as Consultant for numerous companies in the IT services as well as the Oil and Gas Industry and has additional experience in the development of SaaS platforms in the ecommerce industry as well as in the financial sector and in particular in the stock price prediction using Artificial Intelligence and Machine Learning. Nick, has significant experience in working with different technologies, leading multi-disciplinary teams and is expert in driving innovation through digital transformation and shares the vision of CVCOSMOS to empower employees and employers.

Dr. Vasileios Pastrikakis holds a 5 year diploma since 2011 in Mechanical and Aerospace Engineering and has graduated from the Engineering Faculty of the University of Liverpool with a PhD in 2015 accompanied by numerous journal and book chapter publications. His research relied on developing computational algorithms to study physics in aerospace applications and it was awarded with the “2016 Bronze Written Paper Prize” by Royal Aeronautical Society (RAeS). Moreover, Vasileios is a Blockchain Scholar of MSc in Digital Currency & Blockchain offered by the University of Nicosia, and he has graduated from Imperial College Business School with an MBA with honours, focused on digital business and entrepreneurship. Amongst others, he has developed a digital platform and mobile app for automatic tactical stock allocation, and he possesses a strong track record in project management, having led various projects, software development and people in a variety of applications.

Jean-Michel Gauthier is a seasoned startup operator and SaaS growth specialist. He is the principal at Alpha Operators, where he supports pre-seed, seed, and series A & B startup clients on business development, growth, ops and fundraising. Jean has recently exited a digital marketplace (Oliv) he cofounded in 2014, having raised over $3m in private and institutional funding, and acquired over 2,500 B2B customers including Samsung, Coca-Cola, Johnson & Johnson, PwC, and many others. In 2015 Oliv was ranked amongst the top 100 SMEs in Dubai and recognized in the top 3 most innovative SMEs. In 2016, Oliv was awarded “Digital Startup of the Year” by Entrepreneur magazine. In 2017, Oliv became the first company to receive funding from the Mohammed Bin Rashid Innovation Fund (backed by the UAE’s Ministry of Finance) and in 2018, Oliv was awarded “Best Youth Startup at the GITEX Supernova Challenge. The company was ranked again in 2019 amongst the top 100 SMEs in Dubai. Jean has also operated as the GM of an early-stage investment fund, Eternal Ventures, which made 3 portfolio investments within its first year of operation, and he has assessed hundreds of business plans and market opportunities.

Dr. Chunbo Luo is a Senior Lecturer in Computer Science at the University of Exeter, UK, and the Director of Postgraduate Research in the Department of Computer Science. His research interests focus on developing model based and machine learning algorithms. His machine learning model based visual data processing system has received the top Knowledge Transfer Award in Scotland. Currently, he is investigating four projects sponsored by NERC, EPSRC, and ESA/PML, which focus on developing machine learning models for a variety of applications for visual and networking data processing.

Dr. Stavros Tsogkas holds a 5-year Diploma on Electrical and Computer Engineering from the National Technical University of Athens (NTUA), and a Ph.D. in Mathematics and Computer Science from the Paris-Saclay University. His research background is on machine learning for computer vision applications, with a particular focus on deep learning. Stavros has extensive experience in both industry and academia. He is currently a researcher at Samsung AI, and has previously served as an Adjunct Professor at the University of Toronto (2019-2021), and an affiliate postdoctoral fellow at the Vector Institute for Artificial Intelligence (2018-2019). He has published more than 30 articles in proceedings and journals on Deep Learning and Artificial Intelligence Applications.

Sissi Kousathana has a 5-year diploma in Chemical Engineering from the National Technical University of Athens (NTUA) as well as an executive MBA with honors from Athens University of Economics and Business (AUEB). She has been working for more than 10 years as Sales and Marketing Consultant for one of the world’s leading companies in the specialty chemical industry, which contributes to value creation with innovative and sustainable solutions for customers from many different industries. She is an Engineer with a proven record of outperforming financial and strategic objectives, exceeding service standards and outpacing performance goals. Sissi has a solid academic background with in-depth knowledge of related practices and market fluctuations. She is motivated, team-oriented, and enthusiastic about using skills to boost sales and support company success.